Computer vision is a discipline that studies how to reconstruct, interrupt and understand a 3d scene from its 2d images, in terms of the properties of the structure present in the scene.

Computer vision is divided into three basic categories as following −

For Computer vision with Python, you can use a popular library called OpenCV (Open Source Computer Vision). It is a library of programming functions mainly aimed at the real-time computer vision. It is written in C++ and its primary interface is in C++. You can install this package with the help of the following command −

Here X represents the version of Python installed on your machine as well as the win32 or 64 bit you are having.

If you are using the anaconda environment, then use the following command to install OpenCV −

Reading, Writing and Displaying an Image

Most of the CV applications need to get the images as input and produce the images as output. In this section, you will learn how to read and write image file with the help of functions provided by OpenCV.

OpenCV provides the following functions for this purpose −

This example shows the Python code for reading an image in one format − showing it in a window and writing the same image in other format. Consider the steps shown below −

For showing the image, use the imshow() function. The name of the window in which you can see the image would be image_flower. 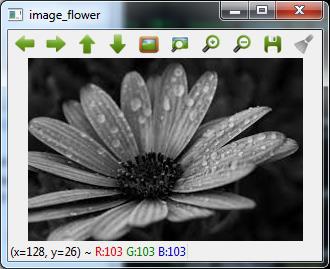 Now, we can write the same image into the other format, say .png by using the imwrite() function −

The output True means that the image has been successfully written as .png file also in the same folder.

Note − The function destroyallWindows() simply destroys all the windows we created.

In OpenCV, the images are not stored by using the conventional RGB color, rather they are stored in the reverse order i.e. in the BGR order. Hence the default color code while reading an image is BGR. The cvtColor() color conversion function in for converting the image from one color code to other.

Consider this example to convert image from BGR to grayscale.

Now, if we see this image using imshow() function, then we can see that this image is in BGR. 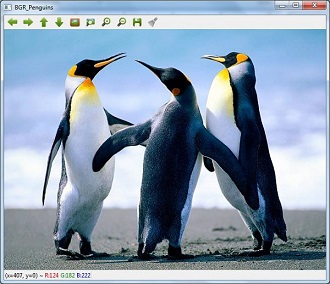 Now, use cvtColor() function to convert this image to grayscale. 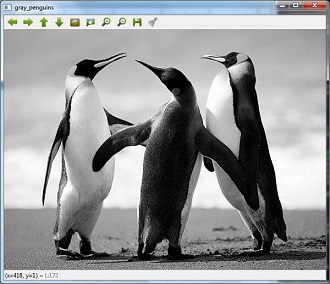 Humans, after seeing a rough sketch, can easily recognize many object types and their poses. That is why edges play an important role in the life of humans as well as in the applications of computer vision. OpenCV provides very simple and useful function called Canny()for detecting the edges.

The following example shows clear identification of the edges.

Now, for reading a particular image, use the imread() function.

Now, use the Canny () function for detecting the edges of the already read image.

Now, for showing the image with edges, use the imshow() function.

This Python program will create an image named edges_penguins.jpg with edge detection. 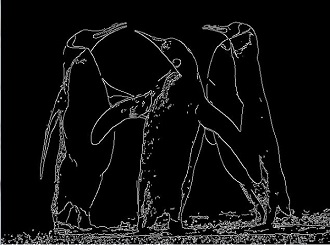 Face detection is one of the fascinating applications of computer vision which makes it more realistic as well as futuristic. OpenCV has a built-in facility to perform face detection. We are going to use the Haar cascade classifier for face detection.

We need data to use the Haar cascade classifier. You can find this data in our OpenCV package. After installing OpenCv, you can see the folder name haarcascades. There would be .xml files for different application. Now, copy all of them for different use and paste then in a new folder under the current project. 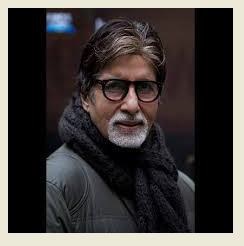 Now, use the HaarCascadeClassifier for detecting face −

Now, convert it into grayscale because it would accept gray images −

Now, draw a rectangle around the whole face −

This Python program will create an image named Face_AB.jpg with face detection as shown 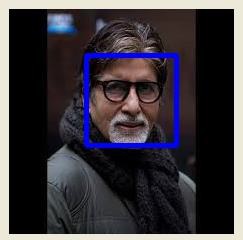 Eye detection is another fascinating application of computer vision which makes it more realistic as well as futuristic. OpenCV has a built-in facility to perform eye detection. We are going to use the Haar cascade classifier for eye detection. 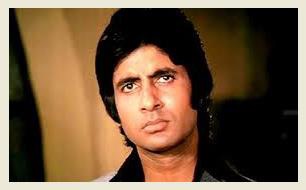 Now, use the HaarCascadeClassifier for detecting face −

Now, for reading a particular image, use the imread() function

Now, convert it into grayscale because it would accept grey images −

Now with the help of eye_cascade.detectMultiScale, perform actual face detection

Now, draw a rectangle around the whole face −

This Python program will create an image named Eye_AB.jpg with eye detection as shown − 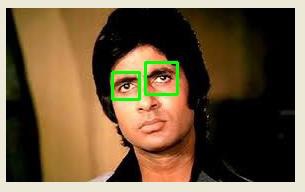 What are Expert Systems?

The expert systems are the computer applications developed to solve complex problems in a particular domain, at the level of extra-ordinary human intelligence and expertise.

The expert systems are capable of −

They are incapable of −

The components of ES include −

Let us see them one by one briefly − 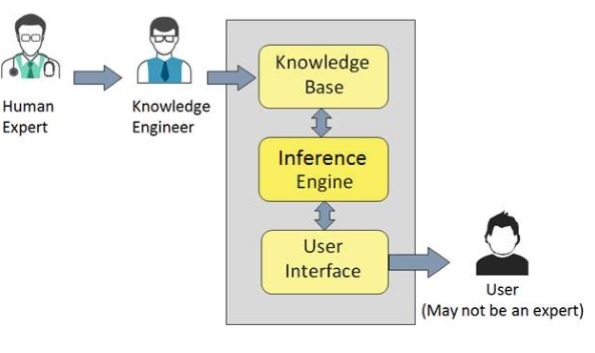 It contains domain-specific and high-quality knowledge.

Knowledge is required to exhibit intelligence. The success of any ES majorly depends upon the collection of highly accurate and precise knowledge.

The data is collection of facts. The information is organized as data and facts about the task domain. Data, information, and past experience combined together are termed as knowledge.

Components of Knowledge Base

The knowledge base of an ES is a store of both, factual and heuristic knowledge.

The success of any expert system majorly depends on the quality, completeness, and accuracy of the information stored in the knowledge base.

The knowledge base is formed by readings from various experts, scholars, and the Knowledge Engineers. The knowledge engineer is a person with the qualities of empathy, quick learning, and case analyzing skills.

He acquires information from subject expert by recording, interviewing, and observing him at work, etc. He then categorizes and organizes the information in a meaningful way, in the form of IF-THEN-ELSE rules, to be used by interference machine. The knowledge engineer also monitors the development of the ES.

Use of efficient procedures and rules by the Inference Engine is essential in deducting a correct, flawless solution.

In case of knowledge-based ES, the Inference Engine acquires and manipulates the knowledge from the knowledge base to arrive at a particular solution.

In case of rule based ES, it −

To recommend a solution, the Inference Engine uses the following strategies −

It is a strategy of an expert system to answer the question, “What can happen next?”

Here, the Inference Engine follows the chain of conditions and derivations and finally deduces the outcome. It considers all the facts and rules, and sorts them before concluding to a solution.

This strategy is followed for working on conclusion, result, or effect. For example, prediction of share market status as an effect of changes in interest rates.

With this strategy, an expert system finds out the answer to the question, “Why this happened?”

On the basis of what has already happened, the Inference Engine tries to find out which conditions could have happened in the past for this result. This strategy is followed for finding out cause or reason. For example, diagnosis of blood cancer in humans.

User interface provides interaction between user of the ES and the ES itself. It is generally Natural Language Processing so as to be used by the user who is well-versed in the task domain. The user of the ES need not be necessarily an expert in Artificial Intelligence.

It explains how the ES has arrived at a particular recommendation. The explanation may appear in the following forms −

The user interface makes it easy to trace the credibility of the deductions.

No technology can offer easy and complete solution. Large systems are costly, require significant development time, and computer resources. ESs have their limitations which include −

The following table shows where ES can be applied.

The process of ES development is iterative. Steps in developing the ES include −

From Knowledge Base: The knowledge engineer works to −

Test and Refine the Prototype

Develop and Complete the ES

Robots are the artificial agents acting in real world environment.

Robots are aimed at manipulating the objects by perceiving, picking, moving, modifying the physical properties of object, destroying it, or to have an effect thereby freeing manpower from doing repetitive functions without getting bored, distracted, or exhausted.

Difference in Robot System and Other AI Program

Here is the difference between the two −

Locomotion is the mechanism that makes a robot capable of moving in its environment. There are various types of locomotions −

The total number of possible gaits (a periodic sequence of lift and release events for each of the total legs) a robot can travel depends upon the number of its legs.

In case of k=6 legs, there are 39916800 possible events. Hence the complexity of robots is directly proportional to the number of legs.

It requires fewer number of motors to accomplish a movement. It is little easy to implement as there are less stability issues in case of more number of wheels. It is power efficient as compared to legged locomotion.

In this type, the vehicles use tracks as in a tank. The robot is steered by moving the tracks with different speeds in the same or opposite direction. It offers stability because of large contact area of track and ground.

Components of a Robot

Robots are constructed with the following:

This is a technology of AI with which the robots can see. The computer vision plays vital role in the domains of safety, security, health, access, and entertainment. Computer vision automatically extracts, analyzes, and comprehends useful information from a single image or an array of images. This process involves development of algorithms to accomplish automatic visual comprehension.

The robotics has been instrumental in the various domains such as −